Tackling food waste around the world with top 10 apps 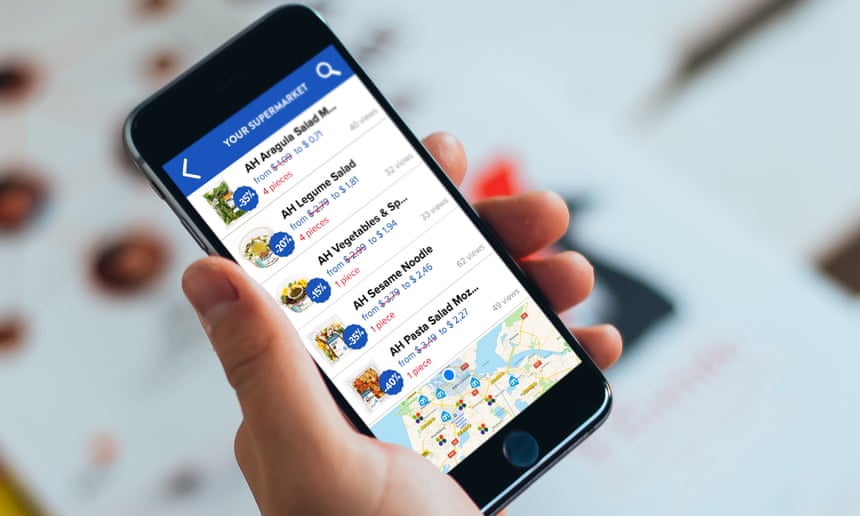 From helping farmers avoid roadblocks in Ghana to advertising discounted dinners in Singapore, these apps are doing their bit for the war on waste. Supermarket chain Asda has become the latest retailer to attempt to use technology to tackle food waste with the launch of an app that allows suppliers to buy and sell excess produce.

Around the world, dozens of apps are diverting perfectly good food away from bins and into rumbling stomachs. From redistributing leftovers to the poor in India to luring Dutch shoppers into supermarkets to buy lingering produce, app designers are finding ways to stem the flow of food to landfill. Here are 10 of favourite apps.

Singaporean food stall hawker Tan Jun Yuan was bothered by the leftovers he saw being wasted by vendors, including the 10 to 15 bowls of bak kut teh (pork ribs served in seasoned broth) he was usually left with at the end of the day. In response he created 11th Hour, an app that shows users discounted menu items offered by restaurants and food stalls in Singapore before they close. Since it was launched late last year, the app has been downloaded 10,000 times, the team says.

NoFoodWasted partners with supermarkets to curb food waste by alerting shoppers when items that are about to expire get marked down. Its users, around 20,000 per day, according to app developer August de Vocht, can also upload their shopping lists to the app and receive push notifications when those specific items go on sale. Participating retailers have cut monthly food waste by 18 to 25%, an amount worth up to €2,500, says de Vocht.

3. FoodCloud (Ireland and the UK)

Supermarkets, farms and food manufacturers use FoodCloud to let charities know about surplus food available for donation. The organisations can see the exact volume and type of food being offered, and arrange a pick-up time. FoodCloud also acts as an intermediary, collecting food and storing it at one of its three Irish hubs, before redistributing the produce to homeless shelters and other groups. Almost 1,200 business and more than 3,600 charities currently use its services, it says.

Poor road conditions, inadequate refrigeration and other obstacles cause up to half of all fruit and veg produced in developing countries to spoil before it can get to market, say experts. Researchers at the University of Twente have developed an app to tackle the problem, with backing from the Dutch Ministry of Foreign Affairs. The Cheetah app, which is currently being trialled by around 80 users in Ghana, shows farmers, food transporters and traders the fastest route to market, and even how to avoid ad hoc roadblocks set up to take bribes from drivers. A public version of the app is expected in May.

Restaurants use MintScraps to track and monitor their food waste in real time, allowing them to identify and change sloppy habits, saving money on landfill costs in the process. The app includes a gaming feature which allows restaurants to compete to cut waste. To date, MintScraps says it has helped clients save more than 860 tonnes of compostable waste.

People with large quantities of party leftovers, as well as hotels and restaurants with surplus food, can use this app to tell No Food Waste that it’s available for collection. The group picks up the food and redistributes it to homeless people, as well as to slums, orphanages and elderly people. Users can also use the map’s app to highlight “hunger points”, places where there are people in need of food, for those who want to donate directly. The app asks for food prepared no more than two hours previously and distributes it within an hour of collection. It says it helps to feed around 200 people a day across seven cities, including Delhi and Chennai.

Similar to MintScraps, the Winnow app helps commercial kitchens track, monitor and analyse their food waste, and then implement strategies to reduce waste and save money. Winnow says that kitchens typically save 3-8% on food costs. It currently operates in 18 countries.

Just like 11th Hour, Too Good To Go finds a home for unsold food from vendors and restaurants before they shut down for the day. Customers can browse through current offerings and pay via the app. To collect the food, they just need to show their receipt. Too Good To Go has been downloaded 1.2m times since launching in 2015. The company believes it prevented 10,000 meals being sent to landfill by November last year.

Unilever’s app is aimed at commercial kitchens wanting to reduce the amount of food they throw out. As well as tracking how much is wasted at each meal and how the volume of food waste changes over time, Wise Up on Waste also tells kitchens how much they could save if they were to cut waste by 20%. The third version of the app is due out this month.

Yo No Desperdicio, which translates as “I do not waste”, has created a community committed to tackling household food waste through local food exchange. Its 750-odd users can post a photo of the food item they wish to get rid of, as well as the quantity, location and expiry date and can then link up with others to swap items. Members can also share recipes and tips to prevent food waste in the first place.

This article was originally published by The guardian website.